Danny brings more than 16 years of experience in global public affairs and government relations, as well as handling complex legal matters in private practice and public sector service. Prior to joining the Arizona Chamber of Commerce & Industry, Danny was general counsel to the Valor Global leadership team. He focused on helping achieve growth objectives as well as providing continued public affairs guidance in AZ, WA and other States.

Danny worked at Intel, was a shareholder at Greenberg Traurig where he chaired the Phoenix office government law and policy practice. Danny served as Deputy Chief of Staff for Arizona Governor Doug Ducey from 2014 to 2018 where he assisted in the passage of landmark legislation including the Arizona Opioid Epidemic Act and K–12 education funding ballot referral. 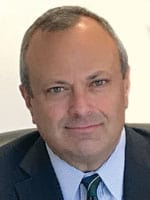 Courtney Coolidge serves as the Vice President for Government Affairs at the Arizona Chamber of Commerce and Industry.

Prior to joining the Chamber, Courtney served as the Senior Director for State Relations at Arizona State University and the Deputy Chief of Staff for the Arizona Department of Public Safety where she oversaw legislative affairs, government relations, policy development and implementation. During her time at AZDPS she worked on several significant projects including the Arizona Border Strike Force, self-driving vehicle operations, and management of the Arizona Sexual Assault Evidence Collection Kit Task Force.

Courtney has a decade of experience as a government relations professional with expertise in policy, advocacy, and legislative affairs. Her professional experience includes government affairs roles at the Arizona Department of Gaming and for the Arizona Attorney General where she worked on a wide range of issues including criminal justice, victims’ rights, and consumer protection. Additionally, Courtney previously worked for a political consulting firm gaining experience through a variety of state, local, and national campaigns.

Courtney graduated from the University of California Santa Barbara with a degree in Political Science. Annie Dockendorff joined the Chamber in December 2021 after having served for five years as an associate director for Veridus – one of Arizona’s largest and most reputable government relations and public affairs firms – where she helped lead a growing PR consultancy for some of the highest-profile clients in the state.

Prior to joining Veridus, Annie served on the communications teams for Arizona Governors Doug Ducey and Jan Brewer.

As Senior Press Secretary to Gov. Ducey, Annie was responsible for the messaging and drafting of all external communications from the Governor’s Office, including public statements and remarks, press releases, newspaper Op-Eds, social media content and more. She also was integral to the planning and drafting of all keynote policy speeches, including two State of the State addresses.

She has expertise in strategic messaging and crisis communications, as well as strong writing skills and a proven reputation among media members and elected officials alike. Grace has knowledge and experience in advocacy, policy, and government affairs on the state and federal levels. Prior to joining the Chamber, Grace served as Policy Advisor for Governor Doug Ducey. In this role she focused on the development and implementation of policy and worked closely with state agencies and the legislative, operations, budget and communications teams on a variety of issues including housing, real estate, economic security, workplace safety and more.

Before moving back to her home state of Arizona, Grace worked at the U.S. House of Representatives, staffing the Committee on Energy and Commerce. She also spent time engaging in advocacy and external relations at the world’s largest biotechnology trade association, Biotechnology Innovation Organization, during her time in Washington, DC.

Grace graduated with a degree in Government from Georgetown University – Hoya Saxa! 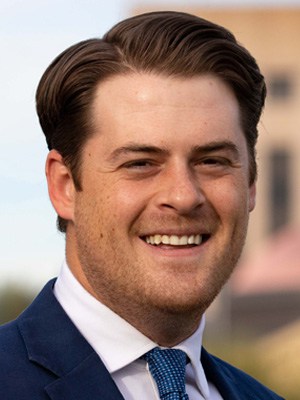 Tom graduated from Miami University in 2017 with a degree in Finance.

Prior to joining the Chamber, Tom represented corporate clients in the defense, technology, and alcohol sectors at a local contract lobbying firm. 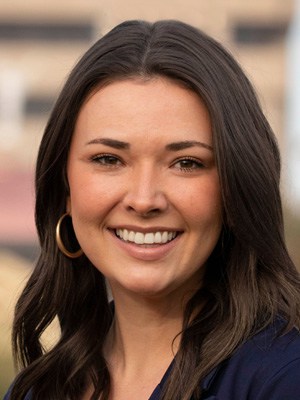